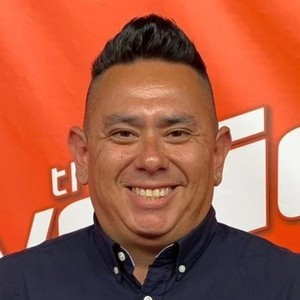 MUSE is the creation of Michael Sandoval, a Southern California Native and a graduate of Don Bosco Technical Institute and California State University, Fullerton, with a Bachelor of Arts in Communications with an Emphasis in Journalism. After working for the KTLA Morning News, he ventured into the business side of the sports and entertainment industry with the National Hockey League, LA Galaxy and Los Angeles Angels of Anaheim to name a few. After 11 productive years, Michael decided to create MUSE – Music Unity Sports Entertainment, a sports and entertainment website (mobile app launching soon on iTunes Store and Google Play) with the purpose of bringing people closer to the sports and entertainment industry, but also allowing an area to let readers know about ways to help and give back to their community.

MUSE, Music Unity Sports Entertainment was conceived in 2007 when Michael Sandoval noticed that online and print publications were not covering stories of local artists and also some major artists. The same was occurring in sports with the minimal coverage of Boxing, Mixed Martial Arts (MMA) and Soccer in various publications, only reporting on whatever was hot at the moment or the typical big sports. Therefore, the creation of MUSE in 2010, because every artist or athlete has that thing that inspires them, a MUSE. The digital publication can currently be read in 132 countries and just recently launched on Apple News.

Michael is a member of the Los Angeles Online Film Critics Society.