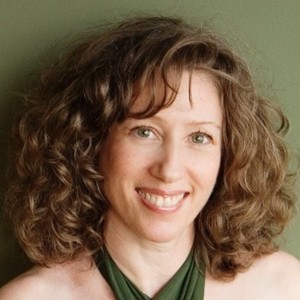 Shari Goodhartz is a multi-award nominated Writer of film and television.

In 2016-17, she was the Program Director of WritersLab, a professional TV course at LASALLE College of the Arts in Singapore. Ms. Goodhartz designed and taught this rigorous training, developing eight series in ten weeks, based on long-established Hollywood standards. The premiere seasons of three of these shows are funded and being produced.

Ms. Goodhartz has written both live-action and animation. Her credits include: The Attackmen (Bronze Prize for Dramatic Short at Houston WorldFest); Galidor: Defenders of the Outer Dimension (Ms. Goodhartz ran the West Coast Writers Room for production in Montreal); the feature Dragonheart: A New Beginning (WGA Award Nominee); lyrics for "My Heart Goes with You" (theme song of Dragonheart: ANB, Nominated for a U.K. Movie Music Award); "Hind Sight" (WGA Award Nominee), an episode of Young Hercules starring Ryan Gosling; Raw Toonage (Emmy Nominated for Animation Writing); the half-hour pilot of Æon Flux, and more. She was the first WGA Intern at Star Trek: The Next Generation, a member of the prestigious Warner Bros. Comedy Writers Workshop, and a TV Academy Summer Intern.

Between writing assignments, Ms. Goodhartz serves as Editorial and Marketing Consultant for SydField.com, expanding awareness of Mr. Field's groundbreaking paradigm for visual storytelling. She's also a Developmental Editor in publishing, guiding novelists from initial ideas to final edits, optimizing potential character arcs and narrative structures as the basis for scalable I.P.s for filmed entertainment, and beyond.

At the dawn of this varied career, Ms. Goodhartz was employed by Columbia Pictures Industries, Inc. (then a unit of The Coca-Cola Company) in Corporate Communications, working with senior executives in New York and Atlanta to promote clear understanding of the company's entertainment operations to internal and external audiences. Though initially hired as a Secretary, she eventually transferred cross-country to manage the department's West Coast activities. Ms. Goodhartz holds a B.A. in English & General Literature from SUNY Binghamton.